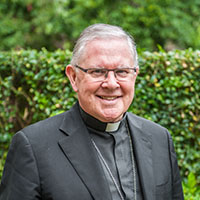 The Australian Catholic Bishops Conference has today elected Archbishop Mark Coleridge of Brisbane as president of the Conference.

“Among other issues, we bishops will together have to address the recommendations of the Royal Commission and prepare for the upcoming Plenary Council 2020. I trust I will be able to provide the unifying leadership this will require.

“Pope Francis is showing the way for bishops conferences around the world, and I look to his leadership to guide and inspire mine in Australia.”

Archbishop Coleridge, who will take up the new position from May 10, paid tribute to Archbishop Denis Hart, who will next week complete six years serving as president of the Conference.

“With his courtesy and efficiency, Archbishop Hart has made a unique contribution as president of the Conference since 2012,” Archbishop Coleridge said.

Both Archbishop Coleridge and Archbishop Fisher will serve two-year terms.

The more than 40 members of the Australian Catholic Bishops Conference today opened their biannual plenary meeting in North Sydney.