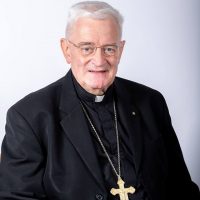 Bishop Peter Elliott says he kept Mother Teresa’s exhortation to new bishops – that they be “happy bishops” – front of mind and in his heart during his 11 years of episcopal ministry in Melbourne Archdiocese.

Pope Francis today announced that he has accepted Bishop Elliott’s resignation, which he submitted recently upon reaching the retirement age of 75. Bishop Elliott had been appointed Auxiliary Bishop of Melbourne in 2007. END_OF_DOCUMENT_TOKEN_TO_BE_REPLACED 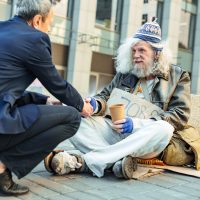 The second World Day of the Poor will be celebrated on November 18.

In his message for the second World Day of the Poor, Pope Francis has called for a new evangelisation that prompts Catholics “to make tangible the Church’s response to the cry of the poor”.

In a letter to clergy throughout Australia, Bishops Commission for Pastoral Life chairman Bishop Terence Brady encouraged all Catholic communities to be involved and respond to the theme of day: “This poor man cried and the Lord heard him” (Psalm 34:7). END_OF_DOCUMENT_TOKEN_TO_BE_REPLACED 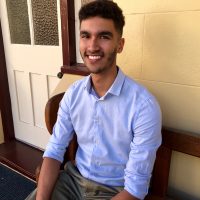 Twenty-two-year-old Sydneysider Sebastian Duhau will soon be winging his way to the Vatican as Australia’s youth auditor at the upcoming General Synod of Bishops on Young People, Faith and Vocational Discernment.

Mr Duhau, from the Diocese of Parramatta, was nominated and accepted to participate in the General Synod itself, along with young people and lay Catholics from more than 40 countries, according to an official list of participants released by the Vatican on Saturday. END_OF_DOCUMENT_TOKEN_TO_BE_REPLACED

A proposal to abandon formal prayer in the Senate has been strongly opposed by Australia’s Catholic bishops.

Senator Lee Rhiannon’s motion to create an inquiry proposes that the Senate should abandon the long tradition of formal prayer and replace it with a bland statement inviting senators to private reflection and prayer. END_OF_DOCUMENT_TOKEN_TO_BE_REPLACED 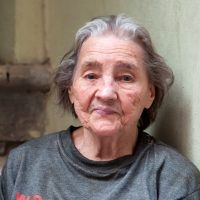 In A Place to Call Home: Making a home for everyone in our land, released this morning, the bishops have called on Australians to look beyond the immediate challenges of the average household budget and to consider those who are homeless or facing housing stress because of skyrocketing rents and property prices. END_OF_DOCUMENT_TOKEN_TO_BE_REPLACED 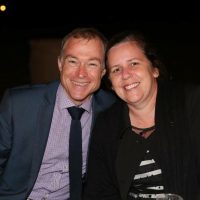 A large contingent of Australian couples and families have made their way to Ireland to participate in the World Meeting of Families.

Mark and Tink Boyd, from Yeppoon, in central Queensland, are leading a group of almost 40 pilgrims from Queensland, New South Wales and the ACT. END_OF_DOCUMENT_TOKEN_TO_BE_REPLACED 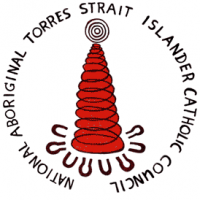 A connection between Gospel values and the core tenets of Aboriginal and Torres Strait Islander life – family, spirituality and culture – is attracting more of Australia’s First Peoples to the Catholic faith.

Australia’s First Peoples now constitute more than 130,000 of all Catholics in Australia and the numbers are increasing, according to the National Aboriginal and Torres Strait Islander Catholic Council (NATSICC), a peak advisory body to Australia’s bishops. END_OF_DOCUMENT_TOKEN_TO_BE_REPLACED 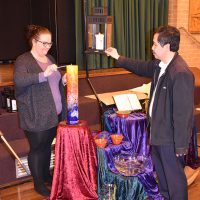 Catholics in the Western Australian diocese of Geraldton have provided a strong rural voice during the preparation phase of the three-year Plenary Council 2020 process.

The Geraldton Diocesan Conference 2018, drawing on Psalm 118, adopted the theme of “Lamp for the Steps and Light for the Way: Listen to God and each other as we light the way forward.” END_OF_DOCUMENT_TOKEN_TO_BE_REPLACED 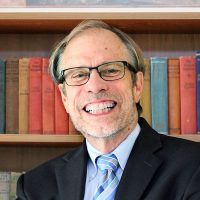 Restoring hope and trust in the world, the Church and the media will be the focus of a gathering of Australian Catholic communicators in Brisbane in September.

Archbishop Anthony Fisher OP, the Bishops’ Delegate for Youth, says the largest survey of young Catholics ever conducted will further shape the Church’s engagement with young people and help the bishops tackle some of the many challenges young people face in contemporary society.

The Australian Catholic Bishops Conference last year initiated a survey of people aged 16 to 29 as part of international preparations for the Synod of Bishops on Young People, the Faith and Vocational Discernment, which will be held in October this year. END_OF_DOCUMENT_TOKEN_TO_BE_REPLACED 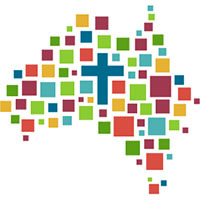 Thousands of people from across Australia have taken time in the two months since the Plenary Council 2020 officially launched at Pentecost to consider the future of the Catholic Church.

In May, the Listening and Dialogue phase of the Plenary Council began, with resources created to help people across the country participate in a prayerful conversation to consider the question: “What do you think God is asking of us in Australia at this time?” END_OF_DOCUMENT_TOKEN_TO_BE_REPLACED

As the Catholic Church in Australia and many other countries prepares to celebrate Sea Sunday on July 8, Cardinal Peter Turkson has called for international labor agreements aimed at supporting those who work on the seas to be upheld.

Cardinal Turkson, prefect of the Vatican’s Dicastery for Promoting Human Integral Development, said some companies are not allowing seafarers time ashore when their vessel is in port, while others aren’t allowing chaplains and other support personnel to visit the ship.

He said that such behaviour is in breach of the spirit of aspects of the Maritime Labor Convention aimed at improving the wellbeing of seafarers.

Cardinal Turkson said those who work on the seas — on merchant, fishing, passenger or war vessels — are also often subject to considerable dangers, not least from piracy.

He said piracy is inevitably related to political instability, but added that changes in a number of maritime industries, including fishing, had allowed “unscrupulous individuals” to convince people who were unemployed to become pirates.

Cardinal Turkson also lamented statistics that point to an increase in the number of seafarers who are abandoned. Statistics show more than 1,300 people were abandoned for a variety of reasons in the five years till 2017 — often without having been paid their wages, without food and without supplies for an onward journey.

In many such cases, Cardinal Turkson explained, the Church’s ministry to seafarers through its Stella Maris centres has been critical in providing material, spiritual, legal and psychological support.

Sea Sunday, celebrated on July 8 this year, includes an appeal to support the work in those centres and the chaplains and managers who work in Australian ports.

Many parishes will hold special collections on Sea Sunday for that purpose, or people can visit the Apostleship of the Sea website for information on the ministry and how to support its work.

Last month, Bishop Bosco Puthur, the Bishop Promoter for the Apostleship of the Sea in Australia, spoke about the critical work carried out in and from the Stella Maris centres.

“The men and women who spend weeks or months on end travelling the oceans have often left family and other loved ones behind, and they often don’t have access to their religious practices,” Bishop Puthur said.

“For those people for whom faith is integral to their life, being helped to access the sacraments after a long journey is a source of great comfort and joy.”