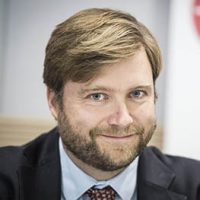 Australia’s Catholic bishops have heard about the increasing threat to religious freedom from the secretary general of the papal foundation Aid to the Church in Need.

Following the brutal bombings perpetrated against churches and hotels in Sri Lanka on Easter Sunday, in which more than 350 people died and more than 500 were wounded, Australia’s bishops have been updated about efforts to support these communities to rebuild physically and pastorally.Aid to the Church in Need (ACN) secretary general Philipp Ozores, visiting Australia last week, met with members of the Bishops Commission for Evangelisation, Laity and Ministry, and Australia’s Eastern Rite Bishops as they met in Melbourne.

“Unfortunately, never was there as many Christians as nowadays being persecuted for their faith,” Mr Ozores said after his meeting with the bishops.

Mr Ozores supervises the operational running of ACN in its 23 national offices and the funding, through its headquarters in Germany, of 5000 projects every year for the suffering and persecuted Church around the world.

Mr Ozores said the worst area for persecutions now was in the Middle East, especially Iraq and Syria.

“Fortunately, the vast majority of Christians are not persecuted. But, unfortunately, being Christian in some countries means forfeiting advantages to outright discrimination, to the risk of threats sometimes to their lives; and, sometimes, they pay the price of their life for their faith,” he said.

Mr Ozores said an ACN team would be sent to evaluate current projects in Sri Lanka and see what else could be done to help strengthen Christian communities there in the aftermath of the Easter attacks and Sri Lanka’s recovery from many years of civil war.

Mr Ozores said while the attacks in Sri Lanka were terrible and Christian communities there would for many years need support and the knowledge that they were not alone, many more Christians worldwide suffer under less visible forms of attacks to their religious freedom.

He said ongoing pressures on Christians, either from governments or from other religious minorities or fundamentalist groups, did not often attract media attention.

“Secularism can be a threat to the Christian faith; however, we cannot put it into the same category as persecution,” he said.

Mr Ozores said a big risk for Christians in secular counties was the loss of faith in the name of tolerance.

“Christians would do very well in knowing their faith, preserving it and also explaining to the general public why Christianity is important; and also fighting for the rights of Christians and people in general who are being undermined in the name of freedom,” he explained.

“We see that actually our societies depend not just on freedom, but on the duties of citizens towards each other. We as Christians have an enormous role not just preserving our own rights as Christians, but also preserving the roots that make our liberal democracies possible.”

Mr Ozores said the charity was extremely grateful for generous Australian donors, who had been supporting the work of ACN for 50 years.

“I just want to thank our Australian benefactors for being so generous and remembering those who do not have the luck to live in such a country (as Australia). You have a beautiful, wonderful country and are still aware of the suffering around the world,” Mr Ozores said.

ACN provides emergency and pastoral relief in 140 countries and is committed to documenting and assessing persecution against Christians around the world, including through its Religious Freedom Report.

Its nine project areas include: Mass offerings for poor priests; training of priests and religious; existence help for religious sisters; emergency assistance in cases of war, displacement, violence and natural catastrophes; distribution of Bibles and religious books; education of catechists – faith formation of laity; construction and reconstruction of church facilities; transport for pastoral care; and, Media support for the propagation of faith.