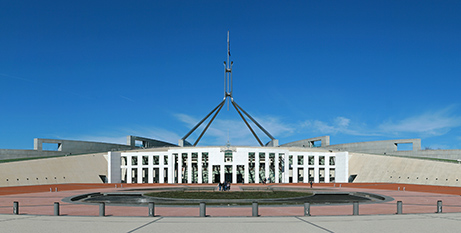 The Australian Catholic Bishops Conference has called for the Australian Government to move quickly to hold a referendum on an Indigenous Voice to Parliament once a model for the Voice has been chosen.

The Bishops Conference submission supports the views of the National Aboriginal and Torres Strait Islander Catholic Council (NATSICC) and urges engagement with groups for whom faith is important.

“The models proposed for the National Voice should include the involvement of the widest variety of First People organisations, including religious faith-based groups like NATSICC,” the Conference’s submission said.

“Faith and spirituality are an essential part of the lives of many Aboriginal and Torres Strait Islander people and so should not be excluded from the National Voice structure.

“The structure should reach as many First People as possible and provide a very clear and open pathway for people to contribute their views to local, regional and national consultation processes.”

The Bishops Conference’s submission said that the Indigenous Voice “should be able to show how it has helped Aboriginal and Torres Strait Islander people with very practical measures in their lives, including the preservation of their unique cultural heritage, their economic wellbeing and their physical safety”.

“Once a National Voice model has been recommended, the Government should move quickly to implement its commitment to have a referendum,” write Bishops Columba Macbeth-Green OSPPE and Vincent Long van Nguyen OFM Conv.

“Should the referendum question pass, the Government and Australia’s Parliament should introduce and pass enabling legislation as soon as possible.”

The submission notes that there are more than 130,000 Aboriginal and Torres Strait Islander Catholics in Australia. The Diocese of Broome has the highest proportion of Indigenous Catholics, at almost 60 per cent, and the Archdiocese of Brisbane has the largest number – more than 15,000.

Aboriginal and Torres Strait Islanders were among the fastest-growing Catholic demographics between the past two Australia Censuses.

As well as the Bishops Conference and NATSICC, other Catholic groups to make submissions include Catholic Religious Australia, Australian Catholic University and diocesan Aboriginal ministry and justice and peace offices.