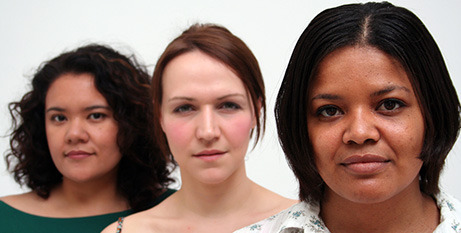 The Council for Australian Catholic Women says the International Day for the Elimination of Violence Against Women on November 25 aims to bring about cultural change to address injustice, inequality, sexism and exploitation of women.

“Violence against women is a serious and widespread problem in Australia, with enormous individual and community impact and terrible social costs,” Dr Madigan said.

Bishop Michael Morrissey, the Bishop Delegate for the Council for Australian Catholic Women, said the Church “has a special role in providing pastoral care, friendship, advocacy and practical support where people are affected by domestic violence”.

“In Sunday homilies, priests must also raise up theological foundations that support the equality of women and men,” he said.

“Women and men are created in God’s image. Each person is infinitely loved by God and deserves respect, mutuality and dignity.”

Pope Francis has also addressed the blight of violence against women.

“If violence has its source in the human heart, then it is fundamental that non-violence be practised before all else within families,” the Pope has said.

“I plead with equal urgency for an end to domestic violence and to the abuse of women and children.”

The Australian Human Rights Commission defines violence against women as: “any act of gender-based violence that causes or could cause physical, sexual or psychological harm or suffering to women, including threats of harm or coercion, in public or in private life. Violence against women is not only or always physical. It includes psychological, economic, emotional and sexual violence and abuse, and a wide range of controlling, coercive and intimidating behaviours.”

Our Watch, an organisation driving nationwide change in the culture, behaviours and power imbalances that lead to violence against women and their children, reports Australian women are nearly three times more likely than men to experience violence from an intimate partner. They are almost four times more likely than men to be hospitalised after being assaulted by their spouse or partner.

Statistics show that young women experience significantly higher rates of physical and sexual violence than women in older age groups. There is also growing evidence that women with disabilities are more likely to experience violence, while Aboriginal and Torres Strait Islander women report experiencing violence in the previous 12 months at more than three times the rate of non-Indigenous women.

A feature of the Australian Government’s National Plan to Reduce Violence against Women and their Children is investing in services to respond to violence against women, including safe housing options, crisis services, perpetrator programs and justice responses.

The Diocese of Broken Bay last year published a Catholic Response to Domestic Violence kit to support parishes. It is available here.