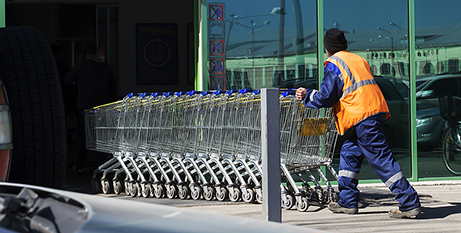 It is important to remember that many people – even people who are in full-time employment – can work hard, yet still struggle to provide for their families.

The Church employs more than 220,000 people across Australia, so it has an important role in this debate as we are both a substantial employer and a Church with concern for the most vulnerable.

Recently, the Fair Work Commission announced a 2.5 per cent increase to the national minimum wage, which equates to $772.60 per week or $20.33 per hour.

That’s great news – and a considerable boost on top of last year’s 1.7 per cent increase.

The idea that working people and their families might live in poverty is inconsistent with safety net principles. We have the example of how quickly and decisively the community can act to address poverty and the positive impact JobKeeper has had on rates of poverty in Australia. In effect, JobKeeper provided a minimum wage for all workers, irrespective of the hours that they worked or did not work.

ACCER sought a 4 per cent increase to the minimum wage, arguing that the wage rates do not meet the definition of a “safety net of fair minimum wages” in the Fair Work Act, given that groups of workers receiving the minimum wage are in poverty and suffering social disadvantage.

ACCER provided statistical data on the current poverty rates in Australia and pointed to the link to the number of Australians currently earning minimum wage.

The Fair Work Commission did not agree with ACCER’s views, but ACCER is a meaningful contributor to the annual wage review, providing opposing views to employer organisations and industry parties.

I appreciate the work of ACCER chair, Megan Kavanagh, who pointed out this work has never been more important. So few voices speak for the dignity of workers and Australian workers’ right to dignity in work, not to live in poverty and to be able to provide for themselves and their families.

Those of us who are fortunate enough to have a good job and a comfortable life should never forget those around us who are struggling. ACCER will be back next year to advocate for minimum wage workers to receive fair and reasonable wages that provide a safety net from poverty.

Bishop Vincent Long Van Nguyen is Bishop of Parramatta and chair of the Bishops Commission for Social Justice, Mission and Service