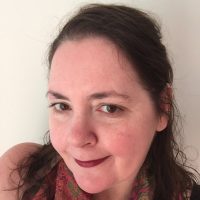 The Catholic Church has a vital role to play in promoting social acceptance and inclusion to combat a rising tide of intolerance in Australia, an expert in the media reporting of Islam said.

Professor Jacqui Ewart, a former reporter, media manager and academic, told the recent Catholic Communications Congress in Brisbane that the Church could help find solutions to the “wicked problem” of a lack of tolerance of other faiths and cultures.

Professor Ewart, from Griffith University, has a deep interest in news media coverage of cultural diversity and communication in the various phases of disaster.

She led the four-year federally-funded Reporting Islam project, which involved training around 1000 journalists, journalism educators and students, as well as the production of training packages and a website to counteract media reporting bias and a lack of understanding of the Islamic faith.

Professor Ewart said comparisons could be drawn between the media’s current reporting of abuse scandals in the Catholic Church and the media focus on the Muslim community and terrorism.

“I don’t mean to teach grandma to suck eggs, but … it is going to take years to rebuild trust with various publics and also change news media approaches to reporting on stories about the Church,” she said.

Professor Ewart said in the contemporary climate, the Church’s work to break down social divisions had potential to gain traction in the media and wider community.

“In his homily for Brisbane archdiocese’s annual multicultural Mass, Archbishop Mark Coleridge repeated his desire to see multicultural groups included more in the heart of the Church,” she said.

“The Mass commemorated Pope Francis’ message for the 104th World Day of Migrants and Refugees, in which he called the Church to be ‘welcome, protecting, promote and integrate’ migrants and refugees.

“Speaking to the various cultural groups, Archbishop Coleridge said multicultural communities should no longer be treated in Brisbane and beyond ‘as kind of exotic satellites’.

“He even said the term ‘ethnic communities’ was ‘troubling’ because ‘it presumes that there may be some community that is not ethnic’.

“In recognising the problem, the Archbishop was highlighting the role the Church can play throughout Australia in facilitating tolerance among culturally diverse groups and also in relation to minority religions.

“Academic research identifies that religious organisations either adopt mediatisation (that is, use social media to communicate) or they respond with low mediatisation and are resistant to media change,” she said.

“Some of the initiatives with social media that have been developed by the Church are really strong and present the opportunity to focus on building tolerance via those spaces.

“Additionally, traditional news media is important because they are still a primary source of information for non-Muslims about Muslims (and possibly for non-Catholics about Catholicism).

“At this time, it is crucial that the Church also use traditional news media to promote tolerance.

“One approach would be to provide a voice of reason and calm when stories that focus on conflict are promoted by various interests in order to create social division and to focus on the message of tolerance – although acceptance or inclusion might be better words.”

For more information on the Reporting Islam project, go to: https://reportingislam.org/