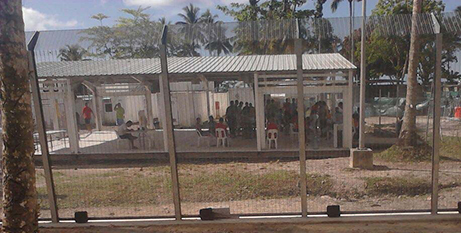 Australia’s Catholic bishops have joined the bishops of Papua New Guinea and the Solomon Islands in calling for detainees on Manus Island and Nauru to be resettled in Australia – eight years after the advent of mandatory offshore detention.

“Our brother bishops are right to point out that those who continue to be detained on Manus and Nauru, who cannot return to their place of origin and who have no path to resettlement elsewhere, should be resettled here in Australia,” he said.

“We understand that most of these people have already been recognised as refugees, while others are in complex situations – including those whose refugee status is still being determined.

“The indefinite detention of people, many of whom pose no threat or have not been convicted of serious crimes, is an affront to human dignity and a breach of international law.”

In 2013, the Australian Government passed legislation to enable the mandatory offshore detention of asylum-seekers arriving by boat.

“It has already been eight years. This is too long. I have seen with my own eyes the effects of the policy of protracted and inhumane detention on these individuals. A humane solution is needed,” Bishop Long said.

“This situation affects both Australia and Papua New Guinea, and the relationship between our countries.

“The Catholic Church in both countries is ready to work with governments to resolve it, for the sake of the people directly affected, and for all of us.”

In their letter to the Australian Parliament, the bishops of Papua New Guinea and the Solomon Islands called for the closure of the Manus Island and Nauru “chapter” as soon as possible.

They said people there whose lives have been used to deter other people seeking asylum, “and whose acute suffering we see every day”, should be able to access “a reasonable and acceptable level of freedom and dignity in Australia”.

They urged Australia to “erase any trace of past colonial demand and fully implement a new style of compassionate and participative leadership in the Pacific”.