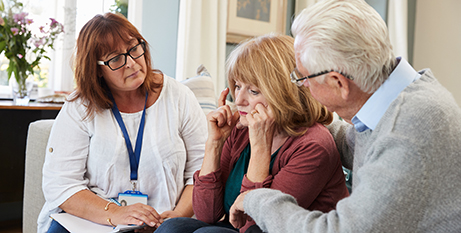 Catholic Emergency Relief Australia has opened an initial grant application round to support those continuing the long process of recovery from the summer’s catastrophic bushfire season.

CERA chair Susan Pascoe said while the country “is largely – and understandably – focused on the COVID-19 pandemic”, challenges like social isolation and financial hardship are exacerbating some problems the bushfires caused.

“Some of the people who were deployed to offer material, physical, emotional and pastoral support to affected communities, including people from Church agencies, had to put their efforts on hold as the pandemic took hold,” Ms Pascoe said.

“Much of the immediate support for individuals, families and communities had been delivered, but we know that the road the recovery is long and often bumpy.”

The Bishops Conference and other organisations encouraged Catholics to support the Vinnies Bushfire Appeal, including through special collections at Masses on Australia Day weekend.

“We knew Vinnies would be able to provide that immediate, much-needed support to individuals and communities in the aftermath of the bushfires that ravaged much of the country,” Bishops Conference president Archbishop Mark Coleridge said.

“But the wider Catholic community of parishes, schools and our various agencies and ministries will be there for the long haul because we are embedded in every affected area.”

CERA aims to harness that large Catholic network, inviting them to play a role in responding to national emergencies.

Following the Australia Day collections for Vinnies, CERA began receiving donations to fund the medium- and long-term response to the bushfires.

The initial distribution of funds will be directed towards the provision of additional grief and trauma counselling for those affected by the bushfires, as well as other mental and emotional support, along with community-building initiatives.

“Catholic Emergency Relief Australia’s focus is on the journey to recovery, which can take months or years,” Ms Pascoe said.

“CatholicCare and Centacare counsellors and experienced pastoral care practitioners from religious congregations, schools and hospitals are among those whose support will help people rebuild their spiritual, emotional and psychological selves.”

Ms Pascoe said Catholic Emergency Relief Australia is also lending its support to the Church’s coronavirus response, playing a coordinating role in an audit of Catholic facilities that could be used to help during the pandemic or in future emergency situations.

“This is not about trying to weigh up if the bushfires or the pandemic are the greater challenge, but about recognising that there are people who are struggling in various ways following the bushfires and their recovery has, in some ways, been stalled,” she said.

“The Church is saying that we haven’t taken our eye off this ongoing response and we are ready to inject some funding to help.”

It was announced that once $100,000 had been donated, a first application grant round would open. Significant donations from the Vietnamese Catholic community in Sydney, the Sisters of the Holy Faith religious congregation and the Archbishop of Kuala Lumpur, as well as donations from individuals, schools and community organisations, helped reach and exceed that total.

“We are very grateful for the support of people across Australia and beyond who have donated to CERA, trusting that the work of our Catholic agencies will make a difference in people’s lives,” said Ursula Stephens, CEO of Catholic Social Services Australia.

“This crisis has been felt across the country and well beyond our borders and it has inspired great generosity in people. We will repay that generosity with support and services that make a difference.”

Applications close on June 5, with donations received until that date eligible to be included in the first round of allocations. The successful applications and projects will be announced on June 15.

More information on the application process can be found on the CERA website: www.cera.catholic.org.au