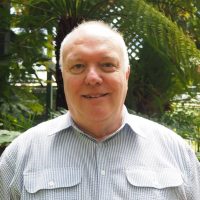 Two men recognised in the 2019 Australia Day Honours for their work to support the Church and their local community see their awards as reflecting the efforts of many, not just themselves.

Bathurst’s Jim Couper and Melbourne’s Salem Haddad, a member of the Melkite Catholic Community, were awarded Order of Australian Medals last week.Mr Couper, a member of the Cathedral parish in Bathurst, has found himself spending most of his time in recent years supporting not-for-profit causes – including Catholic initiatives.

Chairman of the Bathurst Diocesan Finance Council since August 2013, prior to that Mr Couper served for many years as a member and chairman of the board of Catholic Development Fund.

He was also part of a taskforce that helped review the Catholic Education in Office, which he considers one of his biggest contributions.

Bathurst Bishop Michael McKenna said Mr Couper “has always exhibited great integrity and concern for the promotion of social justice in the Church and the wider community”, which included helping provide affordable housing for people in Bathurst, Mudgee and Orange.

Mr Couper said his community service was guided by an “overdeveloped sense of social justice”.

The father of four and grandfather of 13, said he had been surprised by the many congratulatory messages he had received since the announcement.

In accepting the award, Mr Couper said it was a result of the work of many people over a long period of time.

“Sitting behind all of this are a lot of people who aren’t recognised and who have done a great amount of work,” he said.

Mr Haddad grew up in Lebanon and was an active part of his childhood parish, acting as an altar server and finding other ways to support the parish. He moved to Melbourne in 1966 and maintained his Lebanese connections within the Maronite community, before a Melkite parish was established in 1970.

Upon considering the honour he received, Mr Haddad expressed gratitude and issued an intergenerational challenge.

“I am honoured to be a recipient of the Medal of the Order of Australia and humbled to be among many great Australians who have received the recognition before me,” he said.

“I want to say, there is nothing satisfying more than helping your Church, your community and the needy.

“I encourage others, especially the youth, to join with their churches and welfare committees, helping others, because that’s what our faith teach us to do.”