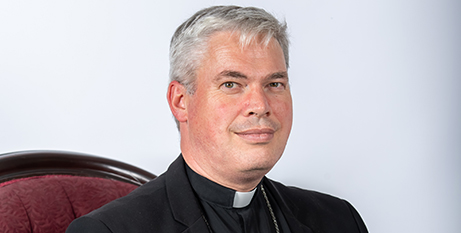 Australian bishops have urged federal politicians to scrap plans to allow mitochondrial donation, citing safety and ethical concerns and a lack of evidence the technique is effective.

Mitochondrial donation is promoted as a way to reduce the risk of children being born with faulty mitochondria, which might lead to serious disease.

In its submission, the Bishops Conference pointed out there are more effective ways to do that.

“We disagree with the use of IVF with egg donation, but this is an option which is already legal and would allow parents to have a child without the risk of having mitochondrial disease,” said Bishop Richard Umbers, Bishop Delegate for Life.

“Mitochondrial donation, which genetically modifies a human embryo or egg, adds issues of safety and ethics with no benefit to health. These techniques increase the risk of the child carrying the disease for the sake of having a genetic relationship with the mother.

“Mitochondrial donation will not cure children who are sick.”

Despite the procedure being legal in the United Kingdom for five years, and the regulating authority having approved pregnancies, there have been no reported live births in the UK using a mitochondrial donation technique.

“The Government admits that ‘the risks for children born using these techniques are not yet fully understood and the available scientific evidence to support this procedure is limited’, which underlines how premature this legislation is,” Bishop Umbers said.

He said the draft legislation would open the door to three ethically contentious practices.

It would, for the first time, allow researchers to change the human genome, meaning any changes are heritable over generations. It would also allow human embryos to be created and destroyed purely for research and training – something that is currently forbidden.

A human embryo could also be created from the genetic material of three people, seeing three-parent embryos created for the first time.

“Each of these firsts would have serious implications, but the draft legislation proposes Australia cross these thresholds even though there is doubt about whether mitochondrial donation is safe and practical,” Bishop Umbers said.

“The Conference opposes the legislation, but at the very least asks that the legislation be paused so there is time to assess the progress of work in the UK’s mitochondrial donation program.”

Both major political parties have said their members will be allowed a conscience vote on the bill.