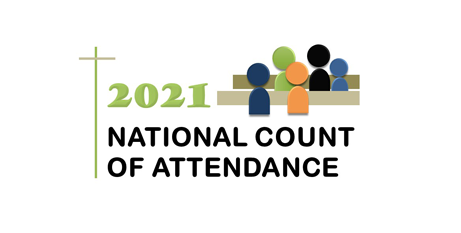 Australia’s Catholic parishes and dioceses are being invited to undertake the five-yearly National Count of Attendance next month, albeit with some changes to reflect the COVID-19 pandemic.

Held every five years since 2001, the project is a simple head count of all attenders at all parishes and other Mass centres across Australia over the four weekends of May. The count takes in Masses as well as Sunday assemblies in the absence of a priest.

The National Count of Attendance is held in the same year as the Australian Census, which will take place in August. That allows for information gathered from the two projects to be analysed together.

“The count will be as comprehensive as possible and include people of all ages, including babies, at Mass and other types of Sunday assemblies,” she said.

“The exercise does not have to disrupt Mass. It can be done, for example, while the collection is being taken up or as people are arriving at or leaving the service.”

Dr Dantis said ongoing restrictions on public gatherings in some areas mean this year’s National Count of Attendance will also seek to understand how people participate in Mass from home.

“For a number of reasons, including government regulations and individuals’ health concerns, some people who would otherwise be weekly Mass attenders are instead watching Mass online or on television,” she said.

“While there are limitations to gathering data about those participating online or via the television, we are encouraging parishes and dioceses that stream Sunday Masses to share what information they have, including the number of ‘views’ for each Mass during May.”

Dr Dantis conceded there would be corresponding limitations in the overall data captured in the National Count of Attendance, because it will be difficult to control for the impact of COVID-19 restrictions and people’s health-related decisions.

“It seems clear that not all the information we gather in 2021 will be easily comparable with the 2016 data, but we will be able to collate statistics on online Masses about people who can’t attend Mass in person that we’ve not had previously,” she said.

Where there are restrictions in place due to COVID-19, parishes will be invited to record their usual average Sunday Mass attendance as well as the head count for May Masses.

Statistics from this year’s count are expected to be released in 2022, meaning they can be assessed alongside the Census population data.

According to the most recent 2016 National Count of Attendance, 11.8 per cent of Australia’s Catholic population, or 623,400 people, attended Mass or another Sunday assembly each weekend.

Questions about the National Count of Attendance can be directed to the National Centre for Pastoral Research by emailing trudy.dantis@catholic.org.au