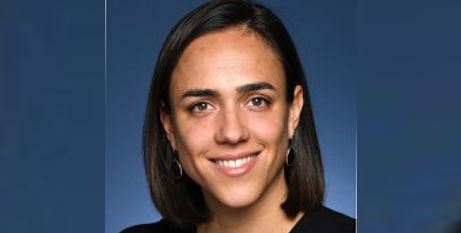 Chiara Porro, the new Australian Ambassador to the Holy See, will present her credentials to Pope Francis on August 27

Australia’s bishops have welcomed the appointment of a new residential Ambassador to the Holy See, with the new ambassador to present her credentials to Pope Francis this week.

“The Government’s decision to appoint another residential ambassador is welcome and will help consolidate the Australian presence in the offices of the Holy See and in Rome more generally,” said Archbishop Mark Coleridge, president of the Australian Catholic Bishops Conference.

“Ambassador Porro will bring to the role substantial experience as a career diplomat and also an intimate knowledge of Italian culture and language, which will serve her well.

“The Australian bishops look forward to meeting the new ambassador and working closely with her on matters of mutual concern.”

Ms Porro, in a message on the website of the Australian Embassy to the Holy See, has already noted a couple of important milestones that will take place during her time in Rome.

“During my mandate, we will be celebrating 50 years of Australia-Holy See diplomatic relations – an important milestone, built on the very strong and robust people to people links we share,” she wrote.

“This year we will also celebrate the 10th anniversary of the canonisation of Mary MacKillop, Australia’s first canonised saint and a remarkable woman who encapsulates the true spirit of Australia.”

Ms Porro wrote that her mission to the Holy See is “to represent modern Australia – our vibrant democracy, indigenous heritage, and multicultural society”, noting that 30 per cent of Australians are born overseas.

“I will be doing so as a young woman from a culturally and linguistically diverse background – I was born in Italy, moved with my family to Australia at the age of three, and spent time living in Indonesia growing up,” she wrote.

“I hope to draw on my experiences to shape the image of Australia and advance our shared priorities with the Holy See.”

Ms Porro has already met a number of fellow ambassadors to the Holy See, including those from the United States and Great Britain. She has also held meetings with senior Vatican officials, among them Archbishop Paul Gallagher, the former Apostolic Nuncio to Australia and now the Secretary for Relations with States.

Ms Porro will present her credentials to Pope Francis this Thursday, August 27.