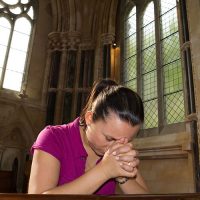 A new report on recent religious vocations in Australia has uncovered some common characteristics of religious orders that are attracting new women and men, which could help strengthen religious life in Australia and overseas.

The report is the outcome of a comprehensive research project that sought to understand the characteristics of men and women who entered religious life (and stayed) since 2000 and to identify best practices for vocation promotion.

The report found that of the 439 people who had joined a religious congregation in Australia since January 2000, 254 (58 per cent) were still members in 2015.

It also corrects two common misconceptions: First, that only conservative or traditional religious congregations attract new vocations; and, second, that only people who were born overseas are entering religious life in Australia.

According to the report, congregations that are successful at attracting new vocations share many strategies in common.

The research also identified features of religious life that attract, challenge and reward new members. Congregational leaders observed that the challenges associated with living in a religious community can be particularly acute for new members.

Bob Dixon, the report’s lead author, said new members identified the main challenges they face in religious life as living in community, the vow of obedience and factors such as being separated from family and friends.

“On the other hand, there were rich rewards in religious life in terms of personal development, prayer life and spirituality, community life and companionship, and opportunities to be of service to others,” Dr Dixon said.

According to the report, attitudes to wearing a religious habit varied considerably among new members. For some, the fact that their congregation wore a habit was a factor in their choice; others chose their congregation because members were not required to wear habits.
By identifying best practices in vocation promotion, the research is helping congregations adjust their approach to recruitment and has the potential to contribute to strengthening religious life in Australia and elsewhere.

“The report leaves us in no doubt that religious life has a future in Australia, although the future will not look like the past or even the present,” Fr Cox said.

Electronic copies of the report are available from www.pro.catholic.org.au