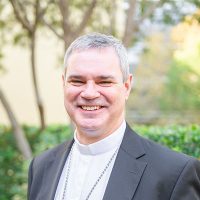 Pope Francis has this evening appointed the Bishop of Broken Bay, Peter A. Comensoli, as the new Archbishop of Melbourne, with effect from August 1, when he will be installed in St Patrick’s Cathedral.

Archbishop-elect Comensoli was ordained priest for the Diocese of Wollongong and served as Auxiliary Bishop and Apostolic Administrator of the Archdiocese of Sydney before being appointed to Broken Bay in December 2014.

“Archbishop-elect Peter has a good mind, an engaging personality and the strong pastoral sense needed in our largest diocese at a complex time like this,” Archbishop Coleridge said.

Archbishop-elect Comensoli grew up in the Illawarra region of New South Wales and was educated by the Good Samaritan Sisters and Marist Fathers before studying commerce at the University of Wollongong and working for a time in the banking sector.

He entered the seminary in 1986 and was ordained in 1992. After ordination, he undertook postgraduate studies in moral theology in Rome and at the University of St Andrews in Scotland.

Archbishop-elect Comensoli said he was humbled that Pope Francis had appointed him Archbishop of Melbourne and recognises “the challenge he has placed before me to lead God’s people in Melbourne tenderly, mercifully and joyfully”.

“The life of Christian discipleship is a precious gift, developed through hearing and responding to God’s call,” Archbishop-elect Comensoli said. “In accepting this call to be a new missionary among God’s people of the Archdiocese of Melbourne, I readily acknowledge the great responsibility entrusted to me, along with the frailties I carry.”

Archbishop-elect Comensoli currently serves on the Bishops Commissions for Evangelisation and for Family, Youth and Life. He has particular responsibility for euthanasia, life matters and media. He recently published a book entitled In God’s Image: Recognizing the Profoundly Impaired as Persons and has written several articles on Christian anthropology and disability.

In announcing the appointment, Pope Francis also accepted Archbishop Denis Hart’s resignation after 17 years as Archbishop of Melbourne. Archbishop Hart will serve as Apostolic Administrator of the Archdiocese until the installation of the new Archbishop.

Archbishop Hart said Archbishop-elect Comensoli is “generous, gifted and faith-filled and brings a wealth of experience in three dioceses”, adding that he and the faithful of Melbourne would welcome the new Archbishop “with warm hearts and strong hope for the future”.

Archbishop-elect Comensoli said he was deeply grateful for Archbishop Hart’s “faithful leadership and strength of Christian character” and wished him “every blessing” in his retirement.

Media release from Archdiocese of Melbourne