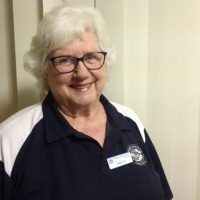 In the lead up to Pope Francis’s World Day of the Poor on Sunday, November 17, the Church in Australia is focusing on the many volunteers who work daily to help the poor in their communities. Read how Annette Baker, vice president of the St Vincent de Paul Society Queensland, assists growing numbers of people who are falling into poverty.

Annette Baker is a proud Vincentian of 19 years who believes kindness is at the very heart of her calling to help the poor.

“I believe that we must show kindness to all we meet. Even a smile can brighten someone’s day and my own personal goal is to do something kind or helpful for someone each day,” she said.

Annette lives in Nambour on Queensland’s Sunshine Coast and belongs to the local St Joseph’s conference. Currently in her third term on the state council, she is responsible for membership of the society.

As a volunteer she sees a variety of situations where people fall into poverty, often through redundancy, a lack of affordable housing and families fleeing domestic violence.

“Recently, we assisted a 78-year-old lady and her 54-year-old son who had been made redundant,” she recalled. “They had left a home they had rented for eight years because it had been sold. They were unable to find somewhere by the time they had to move so were forced into paying $550 per week.

“The son was desperately trying for work. They had a car that needed $600 for repairs before it could be driven, requiring money they did not have, so they were forced to use public transport. They were only eating one meal per day to ensure the rent was paid. Their only option was to move away to where rents would be cheaper. Moving would add another lot of expenses.”

She also reflected on assistance the St Vincent de Paul Society gave to a young New Zealander, who was originally from Fiji.

“She married an Australian and has two children with disabilities. After the breakdown of the marriage, the mother has been seeking employment. She is not entitled to government benefits because she is a citizen of NZ. She does receive Family Tax Benefit for the children. She is currently living in a subsidised house provided under domestic violence arrangements.”

Annette says a major concern she sees regularly is the lack of affordable housing.

“The public housing wait lists are years long and unless you fit into the category of ‘greatest need’, you can sit there for years and still not be housed,” she said.

“A second factor is unemployment and under-employment. Many people have some part-time work, but this is not enough to live on. It is not unusual for people to have two and three part-time jobs.

“We are also finding that there is increasing poverty amongst families trying to pay for their children’s education.”

The St Vincent de Paul Society in Australia has more than 60,000 members and volunteers who assist people in need and combat social injustice across Australia. Internationally, the Society operates in 153 countries and has more than 800,000 members.

Anyone interested in becoming a volunteer should contact their local conference through the nearest Vinnies shop or call the state St Vincent de Paul Society.