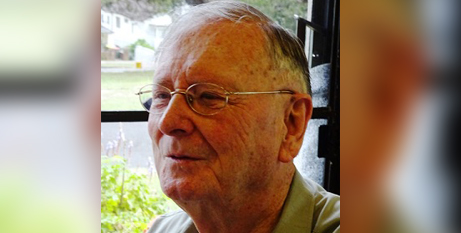 Two inseparable eras have come to an end, with Annals Australasia publishing its final edition after 130 years in print and the death of its editor of several decades, Fr Paul Stenhouse MSC.

Earlier this year, the Missionaries of the Sacred Heart announced that Annals Australasia – which has had several different names since it was first published in 1889 – would cease publication at the end of 2019. The final edition was mailed to subscribers in November.

And on November 19, Fr Stenhouse, who had a long battle with cancer, passed away at Sacred Heart Hospice, where he had moved after completing the final edition of Annals.

It had been Australia’s oldest continuously published magazine.

In a message announcing Fr Stenhouse’s death on the Missionaries of the Sacred Heart website, he was described as “in many ways an old-style apologist for the Catholic Church, evident in the thrust of the Annals in recent decades – apologetics, the explanation and defence of the faith”.

While Fr Stenhouse became synonymous with Annals since after taking over as editor in 1966, the early editors of the publication were largely anonymous – to the point of making it difficult for historians to identify those men.

The first issue of Australian Annals – Annals of Our Lady of the Sacred Heart, published in December 1889, required a primary school teacher in Randwick to help the editor with translation from French to English. That teacher’s brothers, commercial printers in Sydney, soon took over the job of publishing the magazine.

Annals was, in part, a vehicle for telling the stories of members of the congregation and their associates. As the Missionaries of the Sacred Heart expanded their missionary involvement in the Northern Territory and Papua New Guinea, the magazine provided coverage of that work.

During the 1960s, a period of change in the Church and broader society, Annals provided catechetical supplements and teachers’ guides that proved very popular, as well as commentaries and images that reflected on contemporary social and religious issues.

In the early 1980s, after Fr Stenhouse returned from doctoral studies in Europe, the publication became Annals Australasia and added the tagline “Journal of Catholic Culture”.

Fr Frank Freeman SDB, a long-time magazine editor who recently wrote a book that chronicled the history of many Catholic publications, paid tribute to Fr Stenhouse and Annals Australasia.

“Annals has been a community-building publication through generations of Australians, both for the Missionaries of the Sacred Heart and their extended family, and the Australian Church,” Fr Freeman said.

“We indeed feel regret at the passing of such a publication, which has kept Catholics well informed over generations, yet we must give thanks to God for Annals and celebrate its achievements in the Australian Church.

“Fr Stenhouse’s own longevity is an inspiration to those of us who work in Catholic media today.”