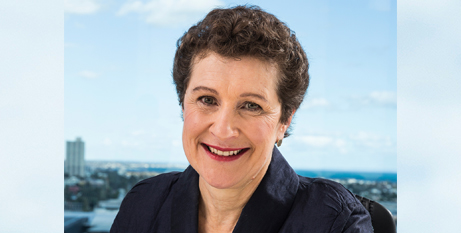 As Pope Francis prepares to launch the XVI Ordinary General Assembly of the Synod of Bishops, an Australian lay woman assisting the process says the Church in Australia has been a key supporter of the Synod.

Susan Pascoe has held a number of senior roles in the Church and in government in Australia, including as head of the Catholic Education Commission of Victoria and the Australian Charities and Not-for-profits Commission.

Earlier this year she was appointed to one of four commissions supporting the work of the Synod, and she has travelled to Rome for the global launch this weekend.

Ms Pascoe said with the Synod’s theme as “For a Synodal Church: Communion, Participation and Mission”, Australia’s Fifth Plenary Council of Australia is seen as something of a model.

“The emphasis on involving as many voices as possible through the Plenary Council submission writing process, the integration of prayer and spirituality as foundational to the listening and discernment phase, and the live streaming of the first assembly all witness to a process of the People of God in Australia journeying together, which is central to synodality,” she said.

In practical ways, key figures in the Plenary Council process have also offered advice to the Synod of Bishops secretariat and its commissions on how the Church in Australia prepared for and is now conducting the Council.

Pope Francis will celebrate Mass on October 10 to formally launch the global process, with dioceses set to have local launches the following weekend. A period of local consultation will take place over several months, which will then be gathered nationally and later discussed within regions of the world.

The Synod of Bishops will culminate in a gathering at the Vatican in October 2023.

Ms Pascoe said those who engaged with the Plenary Council journey through its various stages might have a sense of déjà vu during the local consultations, but they also begin the Synodal process with a head start.

“Australian Catholics have already been praying, reflecting and discussing the issues that matter to them,” she said.

“They have created the space for the wisdom of the Holy Spirit to guide their deliberations, and this can be contributed to the global synodal initiative.

“In addition, those Australian Catholics who were not involved in the Plenary Council now have a further opportunity to reflect on what God wants for the Church in the third millennium.”

Some of the people who did not engage with the Plenary Council are the people that the Synod of Bishops organisers want to see participate in the local consultations.

“It is recognised that it will be a challenge to involve those with access issues such as geography, language or physical impairment, those who feel hurt by the Church and those who self-censor,” she said.

“However, this is the opportunity for those voices to be heard, and local organisers are urged to pay particular attention to not just hearing the usual voices.”

Ms Pascoe will attend several days of meetings before and after the opening Mass on Sunday, including with other members of the methodology commission for the Synod of Bishops on which she serves.

Her group is made up of religious, laity and clergy from every continent and they will next week meet with members of the three other commissions – on theology, spirituality and communications.

Fr Ormond Rush, associate professor of religion and theology at Australian Catholic University, was earlier this year announced as a member of the theology commission.

He is currently in Brisbane serving as an adviser to the Plenary Council’s first general assembly.

Find out more about the Synod of Bishops and the Australian consultations at: www.catholic.org.au/synodalchurch