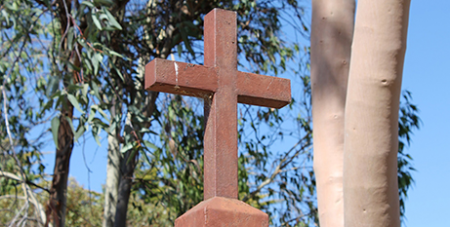 The Australian Catholic Bishops Conference has welcomed the introduction of the Religious Discrimination Bill, which will provide basic human rights protections for Australians of all faiths and none to express their beliefs.

Archbishop Peter A Comensoli, chair of the Bishops Commission for Life, Family and Public Engagement, has commended the bill, saying it offers “a positive expression of religious freedom” that will be “an important progression towards parity with other anti-discrimination laws in Australia”.

“Federal and state anti-discrimination legislation protects Australians from discrimination on the basis of a wide array of attributes,” he said.

“However, discrimination on the basis of religious belief or activity is only inconsistently acknowledged and protected against.

Archbishop Comensoli said the draft bill is a significant improvement on the second exposure draft.

“It had been our hope that the bill would go further in protecting religious freedom,” he said.

“However, we think that this more limited bill will still be an important recognition of the rights of people with a religious faith to express religious beliefs and engage in religious activities.”

Archbishop Comensoli also backed the provisions in the bill that protect the ability of religious organisations to hire people who share their faith and values.

“We want the freedom to hire people for the sake of our mission, just like other non-faith-based organisations,” he said

Archbishop Comensoli said the bill must attract bipartisan support to ensure an enduring legacy for laws that help prevent discrimination against people because of their religious faith.

“Because what is being tabled is a modest and positive proposal for protection from religious discrimination, I hope both houses of Parliament will offer it safe passage without reduction in the Senate,” he said.

“There is no reason to delay a bill that will protect the freedoms of all Australians to adopt and express a religious belief or unbelief.”