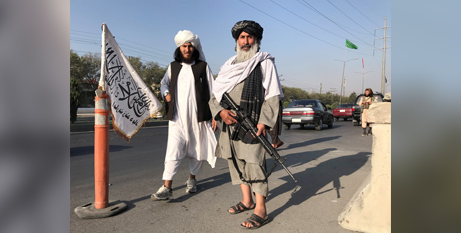 Catholic and other faith-based groups are joining with refugee advocates in calling on the Australian Government to respond humanely to the crisis unfolding in Afghanistan as the Taliban seizes power.

Several Catholic organisations have signed a Refugee Council of Australia petition that calls for the Australian Government to take seven steps to support people in Afghanistan and Afghan nationals currently in Australia.

The steps include providing additional resettlement places for Afghan refugees, increasing aid to the region and evacuating people who are at grave risk, including those who supported the Australian Government and Defence Force.

The Catholic Alliance for People Seeking Asylum (CAPSA) has written to Government ministers, calling for swift and compassionate action for Afghans.

The letter welcomes decisions that would see no Afghan visa holder be asked to return to Afghanistan while the security situation remains dire and ensure Afghan citizens in Australia on temporary visas are supported by the Australian Government – two of the Refugee Council of Australia’s proposals.

Echoing the words of Pope Francis, CAPSA co-chairs Julie Edwards and Tamara Domicelj wrote that the Alliance’s members “hope and pray for peace, security and mutual respect”, which could see people return to their homes.

“Until then we must do all that we can to protect the lives of our sisters and brothers from Afghanistan,” the letter said.

“In recent years, that has included people from the Middle East, but before that south-east Asia – including my homeland of Vietnam – and Europe before that,” he said.

“While the Government has a critical role to play in supporting Afghans in Australia and in their homeland, including through policy settings, faith-based and community groups declaring they are ready to help people relocating to Australia is a big piece of this puzzle.”

Bishop Long said Catholic parishes, social services agencies and advocacy groups have a history of supporting new arrivals in Australia. He expected they would rise to the occasion again.

“Catholic ministries are established to help people who are in need, regardless of their background,” he said.

“While some of our recent history has seen the Church supporting Christians and people of other religious faiths fleeing the Middle East, the immediate need before us is the people of Afghanistan. We stand ready to provide care and support to people seeking new hope and a new life.”