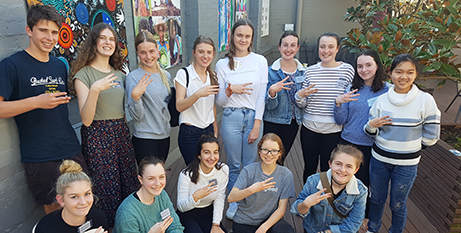 The head of Catholic Earthcare Australia has called for urgent action to safeguard “our common home” ahead of the fifth annual World Day of Prayer for the Care of Creation this Sunday.

In 2015, Pope Francis designated September 1 as the annual World Day of Prayer for the Care of Creation. The day was established for individuals and communities to “reaffirm their personal vocation to be stewards of creation, to thank God for the wonderful handiwork which he has entrusted to our care, and to implore his help for the protection of creation as well as his pardon for the sins committed against the world in which we live”.

This Sunday also marks the opening of the annual ecumenical liturgical season known as the Season of Creation, which continues until the feast of St Francis of Assisi on October 4.

Bernard Holland, director of Catholic Earthcare Australia, said the distressing fires in the Amazon, described by Pope Francis as a “vital forest lung” for our planet, and the impacts of prolonged drought and destruction of the Murray/Darling River system and rising sea levels due to climate change, has provided an emotional focal point for people around the world.
“We know that climate justice is inextricably linked to social justice,” he said.

“We know that the poorest of the poor will suffer the most under a change of climate, particularly subsistence farmers whose daily food supply and access to clean drinking water is immediately impacted.

Mr Holland citing some troubling prediction, including the expectation there will be more than 580 million subsistence farmers in Africa by 2020 subject to major changes in weather patterns, and a further 40 million on the Bangladesh Delta, where 80 per cent of that country’s population has some dependency on the agriculture industry.

“Every year, 250,000 of those migrate from the Delta because they are inundated with water,” he said.

Pope Francis released his encyclical letter Laudato Si’ – Praise be to you in 2015, calling on every person to care for creation, “our common home”, and take collective action in the face of global environmental degradation.

Pope Francis this week noted the universal concern for the extensive fires in the Amazon, praying that, “with the commitment of all”, the fires “might be contained as soon as possible”.

“That forest lung is vital for our planet,” the Pope said.

“What is needed is a bipartisan, long-term plan to manage our emerging renewable energy grid and a just transition for those in fossil fuel industries,” he said.
Mr Holland called on all levels of politics to urgently plan a green energy system for the “greater good”.

“(Here in Australia) we are being led by short-term energy planning processes which will end in tears and the consumer, and the planet, will pay that price,” he said.

Mr Holland said Catholic Earthcare was in the process of planning a convocation in Melbourne in 2020, to bring together all of the ecological voices of the Church in Australia to engage with the theology emanating from Laudato Si’ and to take practical steps to implement change across the Church.

“The overall story is that there are many good people doing really good things in isolated pockets in the Church, but what has not been able to happen is to bring everybody together,” he said.

As a precursor to next year’s event, a group of 120 youth leaders from secondary colleges across six dioceses in New South Wales, as well as observers from South Australia and Queensland, are meeting in Sydney on August 30 for the inaugural CAS3 (Catholic Earthcare Schools Sustainability Summit).

The summit is aimed at growing leadership skills in young people and enhancing theological knowledge of Catholic ecological stewardship.

For the World Day of Prayer for the Care of Creation this Sunday, Mr Holland’s message for Catholics is simple.

“We’re urging people to do what they can do within their circle of influence. It’s all about your circle, who you can connect with at work, at home and in your social groups,” he said.