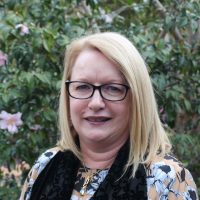 Louise Zavone, who has spent the past three decades teaching in Catholic schools and in leadership roles within Catholic education, has joined the Australian Catholic Bishops Conference to serve as an executive secretary to a number of bishops commissions.

Mrs Zavone said she is excited to undertake the new challenge.

“I am absolutely delighted to be appointed as the executive secretary in these important areas and to be working with the bishops commissions and with the members of their associated councils,” she said.

“This a new role for me, having spent the past 35 years in Catholic education, but I am looking forward to the opportunities and challenges that it will present in continuing to actively promote the message of Jesus Christ.”

In addition to her work as a teacher and education officer, Mrs Zavone has served on a number of advisory groups and other organisations, including the Sydney Archdiocesan Justice and Peace Advisory Council. She has also taken a keen interest in the education and welfare of refugee and asylum-seeker children.

Her work on behalf of the Bishops Conference in inter-religious relations is a particular area of interest, with Mrs Zavone having been involved in education about world religions.

“The Church’s engagement with those of other faiths is a critical part of its outreach with a society that doesn’t embrace its Christian roots as warmly as it once did,” Mrs Zavone said.

“By understanding how the Church can work with people from varied backgrounds, it can build bridges and build partnerships to support a way of life that is shaped by the life and teachings of Christ.”

Mrs Zavone and her husband, Joseph, have recently moved to Canberra, relocating from Sydney. Mr Zavone has also taken on a new role as the principal of St Edmund’s College.