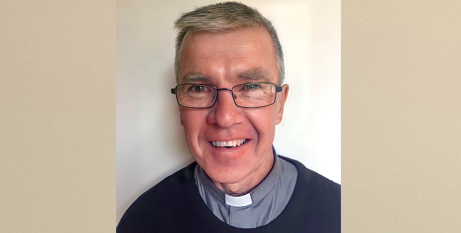 Fr Meagher was born in West Wyalong in the New South Wales Riverina region, and moved with his family to Sydney as a young boy. He attended St Ignatius’ College Riverview, then studied economics and later law at Sydney University.

After working in a law firm, he undertook seminary training at St Patrick’s College and was ordained in July 1995. He completed a licentiate in theology at the Pontifical Gregorian University in 2006.

In addition to parish work, Fr Meagher served as vocations director, director of formation for the permanent diaconate and for six years as rector of Good Shepherd Seminary.

He also held roles on the board of Catholic Care and The Catholic Weekly, and was chair of the Charitable Works Fund Appeals.

Fr Meagher has had a particular commitment to serving those experiencing poverty and homelessness, including around central Sydney.

“I spent a lot of time ministering to the homeless, living at Surry Hills and travelling down to parks around Central [Station] where they congregated,” he said.

“I also got to know a lot of people living in the housing commission areas. I am attracted to that because I find that by being close to people on the margins, I come much closer to God. I hope to continue that as bishop.”

He also feels called to strengthen the sacramental life of Catholics, including those attending Catholic schools, and welcoming people back to Mass who have stopped attending.

Sydney Archbishop Anthony Fisher OP said in working with Fr Meagher during the preparation for and celebration of World Youth Day in 2008 he saw “the very determined and practical, ‘can do’ man behind the spiritual priest”.

Archbishop Fisher also praised Fr Meagher for his time as seminary rector, which concluded last year, saying “Fr Danny gave a great gift to the Church in Sydney and beyond in the many zealous and fruitful priests who came forth from the seminary in his time”.

That Fr Meagher has served in so many diverse ways during his priesthood, Archbishop Fisher said, “is a tribute to his generosity as a man who gives his all for his Lord, his Church and the task at hand whatever it is”.

“His initial training in law and economics will equip him well to understand the culture at this time and engage in the dialogue with culture required by the Gospel; and his theological studies in Rome have given him a sense of the universal Church,” Archbishop Coleridge said.

Fr Meagher’s ordination Mass will be on December 8 – the Feast of the Immaculate Conception.

He will serve as auxiliary bishop in Sydney alongside Bishops Terry Brady and Richard Umbers.