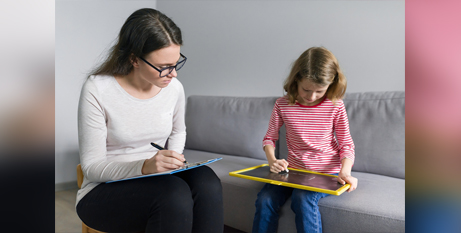 Catholic Emergency Relief Australia (CERA) was officially launched in February and brings together a number of key national organisations.

After Catholic communities had been encouraged to support the national Vinnies Bushfire Appeal in late January, people were invited to donate to CERA. Last month, the first grant application round – for at least $100,000 – was opened.

CERA chair Susan Pascoe, who was one of the commissioners for the 2009 Victorian Bushfires Royal Commission, said a focus on projects and programs that will support people’s mental health and trauma management was carefully considered.

“We are aware that much – but by no means all – of people’s immediate needs were addressed through major government and non-government organisations in the days and weeks after fires ravaged many parts of our nation,” Ms Pascoe said.

“What will take much longer, though, is the spiritual, emotional and psychological recovery. The funding we have awarded will focus especially on those aspects of people’s journey back to some sense of normalcy.”

Ms Pascoe said it was also important to see the grants support both a geographical and chronological spread.

“Two of the unique characteristics of last summer’s bushfires were both the early start to the fire season and the fact that so many states and territories suffered – some at the same time,” she said.

“The applications we received unsurprisingly drew from those regions and from across that timeframe, and the grant recipients also reflect that reality.”

“We once again thank those who have supported Catholic Emergency Relief Australia by donating to this long-term recovery plan and we are confident that the funding we provide will make a difference in the lives of people affected by the bushfires,” Ms Pascoe said.

The successful applicants, and a brief description of their program or project, are listed below:

Adelaide Hills Parish: The program will encourage local parishioners in fire-affected areas to come together with volunteers from the parish youth group (Awaken Youth) and the St Catherine’s School community to share a laugh and a meal to show them that the parish team cares and is behind them.

Bermagui Pre-School: Funding will support family workshops and a support group to help families and staff cope with the effects of the bushfires, develop resilience and strengthen local support networks.

Blackheath Neighbourhood Centre: Funding, in partnership with the local Men’s Shed, will support the creation of “Little Libraries” to support children and the community.

CatholicCare Sandhurst: Funding will support therapeutic programs for children; workshops for parents seeking to process their own grief and loss, as well as their children’s; long-term counselling; and development of online communities of support.

CatholicCare Western Sydney and the Blue Mountains: This project will loan out iPads so people can access services such as counselling remotely. Those who are isolated and/or disadvantaged due to lack of transport will be a major focus.

CatholicCare Wollongong: “Project Heartbeat” invites adults in bushfire-affected areas in the Diocese of Wollongong to participate in community art sessions. Using art as the tool for creative expression and self-exploration, the project uses a therapeutic art approach in a supportive and safe environment.

Centacare South West NSW: Funding will support “wellbeing journals” for students that include information on how to manage wellbeing in a time of disaster. Counsellors and practitioners will also undergo training in how to support children affected by natural disaster.

Disaster Recovery Chaplaincy Network: Funding will support “Seasons for Growth”, which helps adults reflect upon the impact of experiences of change and loss, acknowledging this impact and considering how they can support themselves and build resilience and skills for the future.

St Mary Star of the Sea Parish, Milton: Funding will support an event this October that will encourage visitors to the Shoalhaven region on New South Wales, supporting locals and local business.

South Coast Aboriginal Elders Inc.: Funding will support a mentoring program for families and young people, helping them understand how their ancient culture provides tools and strategies for recovery from trauma and loss.

Trustees of the Sisters of St Joseph Batemans Bay: Funding will support a “Counselling and Wellbeing Service” as part of the Greater Mogo Recovery Project, as well as a passive sensory play area to support anxious children who need to withdraw from normal school activities.