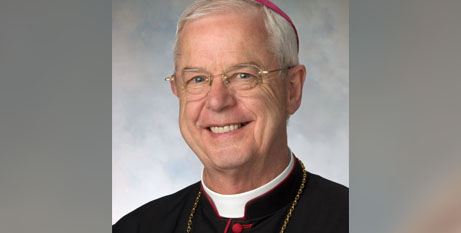 The Diocese of Armidale will farewell its ninth bishop, Bishop Luc Matthys, on February 5 after the Belgian-born bishop passed away last week at the age of 85.

Bishop Matthys died on Australia Day after a short illness.

Having moved from Belgium to South Africa during his childhood, Bishop Matthys was ordained a priest for the Archdiocese of Johannesburg in 1961. Moving to Australia, he became a priest of the Archdiocese of Melbourne in the 1976 and was appointed Bishop of Armidale in 1999. He retired in December 2011.

A tribute from the Diocese of Armidale described Bishop Matthys as “a noble spirit”, someone who was “kind and gentle of heart” and “a man of profound faith and wisdom”.

In an article celebrating his 50 years as a priest – which fell just after Bishop Michael Kennedy had been announced as his successor in Armidale – Bishop Matthys reflected on the joy of his episcopal ministry.

He spoke especially about the joy of administering the sacraments, including the thousands of Baptisms and Confirmations he’d conferred. He also mentioned the joy he and the faithful received on the occasions when he ordained men to the priesthood.

Vigil prayers and the liturgical reception of the Bishop Matthys’ body will take place on the evening of February 4 at Sts Mary & Joseph Cathedral in Armidale. A Funeral Mass and rite of committal will be held at the same venue at 11am the next day.

More information about the two events can be found on the Diocese of Armidale’s website.