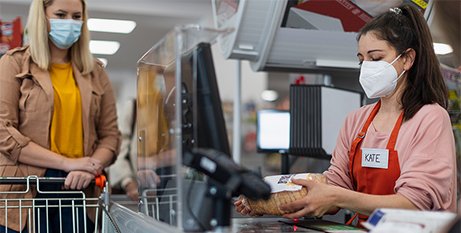 Many workers earning the minimum waging are hoping to see their pay packets increase when the Fair Work Commission releases its determination on the national minimum wage.

A significant increase in the national minimum wage will deliver economic and social benefits, a key adviser to the Catholic Church’s submission to the Fair Work Commission has told the Media Blog podcast.

The submission, the latest in a long series of annual contributions from the Church, called for a 6.5 per cent increase to the minimum wage.

Dr Barnes said the figure, the highest among the submissions made to the Fair Work Commission, is equivalent to an additional $50 per week based on the current minimum wage.

The Church’s proposal arose from two areas of analysis.

“One is some appreciation of the fact that we live in a low wage economy and some analysis of poverty, of the poverty line in particular,” Dr Barnes said.

“And secondly, it’s based upon some analysis of the capacity of employers to afford a substantial increase in the minimum wage.”

Dr Barnes explained on the podcast that while there are regular criticisms about the negative effect of wage increases, including from the business sector, the assessment of key indicators suggested the 6.5 per cent increase would be affordable.

And an increase of that amount, at a rate higher than the current inflation rate of 5.1 per cent, would have social and economic benefits, he said.

“For low-wage households, a significant rise in the minimum wage could have some of those positive impacts materially and psychologically, emotionally,” Dr Barnes said.

“So there are those economic benefits which need to be remembered.”

The Fair Work Commission, which last week received a submission from the new Albanese Government proposing a 5.1 per cent increase in the minimum wage, is expected to announce its determination before the end of June.

Bishop Vincent Long OFM Conv, chair of the Bishops Commission for Social Justice, Mission and Service, said the Church has a critical role to play on issues like the minimum wage that demonstrate the preferential option for the poor.

“The Catholic Church has a long history of advocating for just wages for workers,” he said on the podcast.

“In fact, way back in the 19th century, at the advent of the Industrial Revolution, Pope Leo XIII taught that workers deserve just wages and that was in his seminal encyclical called Rerum Novarum. And the Catechism of the Catholic Church reinforces this teaching, saying that a just wage is the legitimate fruit of work.”

Bishop Long said “the idea that working people and their families live in poverty is really inconsistent with the safety net principles” as well as “the belief in our egalitarian society that workers have a right to wages that will provide for a fair and a dignified standard of living”.

Pointing out that it is one of the largest employers in the country, with more than 220,000 people working across various ministries, Bishop Long said it is important the Church “leads by example in providing just wages for our employees”.

For those people, “the Church makes the care and support for people and families in need a social justice priority”, Bishop Long said.

“It is in our DNA to not only to advocate respect for their rights, but also to care and to support for these low-paid workers in a practical sense,” he said.

“So through our wide network of schools, parishes, community and social services agencies and others, the Church endeavors to serve people in need, including those who struggle to make ends meet even when they are in full time employment.”

Click here to listen to the Media Blog podcast.