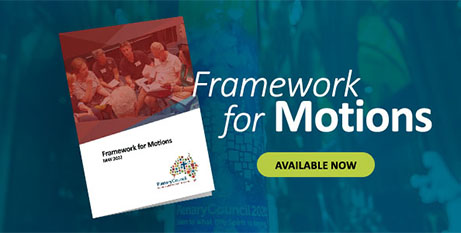 The 30 motions that will be considered during the second assembly of the Fifth Plenary Council of Australia in July, rising from four years of national conversation, have been published.

The Framework for Motions “will form the backbone of our reflection, discussion and decision when we gather”, Plenary Council president Archbishop Timothy Costelloe SDB wrote in a message to fellow Members.

“Our time together in Sydney … will be enormously significant for the whole Catholic community, and for our wider society,” Archbishop Costelloe wrote.

“As we strive to discern, and then to embrace, all that God is asking of us now and as we move into the future, we will be challenged to recognise both the strengths and weaknesses of ‘who we are’ and the hope which lies in ‘who God is calling us to become’.”

Bishop Shane Mackinlay, the vice president of the Plenary Council, said the road to the Framework for Motions goes back to 2018 – starting with the Listening and Dialogue phase of the Council, which drew more than 17,000 submissions on behalf of 222,000 people.

“Carried forward through prayer, reflection and discernment, and drawing on Scripture, Church tradition, papal teaching and our current context, these 30 motions have emerged,” he said.

“In recent months, the Council’s drafting committee has worked collaboratively to prepare this Framework for Motions, drawing on more than 30 contributors, including Council Members, advisers and theologians.

“A key part of this process has also been the input received from nearly 130 Council Members, who provided feedback on the initial working document that was distributed to them for reflection.

“It has been a great example of how bishops, priests, religious and lay people can work together to create an opportunity for important conversations within the Church.”

The motions are contained within eight sections of the document: (1) Reconciliation: Healing Wounds, Receiving Gifts; (2) Choosing Repentance – Seeking Healing; (3) Called by Christ – Sent Forth as Missionary Disciples; (4) Witnessing to the Equal Dignity of Women and Men; (5) Communion in Grace: Sacrament to the World; (6) Formation and Leadership for Mission and Ministry; (7) At the Service of Communion, Participation and Mission: Governance; (8) Integral Ecology and Conversion for the Sake of Our Common Home.

Bishop Mackinlay said that the commitment to “co-responsibility” that guided the document’s preparation will also be evident during the second assembly, when 277 Members from across the country will pray with, reflect upon and vote on the motions.

“As we prepare to conclude this plenary council, our first in 85 years and the first with the voice of women and lay people present, we invite the People of God in Australia to pray for all Members in these final weeks of preparation,” he said.

The second – and final – assembly of the Plenary Council will be held in Sydney from July 3-9. The Mass to formally close the Council will be celebrated at St Mary’s Cathedral at 10.30am on Saturday, July 9. That Mass will be open to the public.