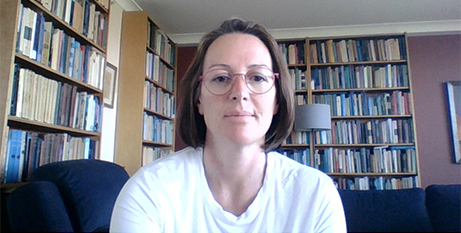 Dr Virginia Miller has written a book on abuse inquiries in Australia, Ireland and the United States

An Australian researcher says while the child sexual abuse Royal Commission pushed strongly for better child protection measures, it did not acknowledge safeguards already in place had lowered rates of offending.

Virginia Miller, a research fellow at the Centre for Public and Contextual Theology at Charles Sturt University, has just published a book on abuse inquiries in Australia, Ireland and the United States.Child Sexual Abuse Inquiries and the Catholic Church: Reassessing the Evidence was published by Firenze University Press last month.

Dr Miller’s assessment of the evidence presented to the inquiries led her to two conclusions.

Firstly, abuse within the Church peaked in the 1960s and 1970s, and is largely an historical problem. Secondly, the safeguarding measures introduced in the Church during the 1990s have been effective in curbing child sexual abuse.

Dr Miller recently appeared on the Bishops Conference’s Media Blog podcast to discuss the findings from her analysis of multiple Irish inquiries, the John Jay inquiry in the US and the Australian Royal Commission into Institutional Responses to Child Sexual Abuse.

She said the inquiries were critically important in that they allowed victims and survivors, including some who had never spoken about their abuse, to tell their stories. The inquiries also prompted action from some governments and organisations that hadn’t seriously addressed abuse.

Dr Miller began her research from the premise that the Catholic Church had failed to address its shameful past. What she found, though, was evidence to the contrary and a series of statistical and analytical curiosities.

“I had imagined that I would be writing a book that would be very scathing of the Church,” she said on the podcast.

“I was very hostile when I began this research. However, now I’ve learned that a lot of the media reporting has been false. I also believe that the findings of the Royal Commission were not presented in a way which was fair to the Church.”

Dr Miller says the Royal Commission argued it was impossible to know if the rates of offending that appeared to peak 50 or 60 years ago had in fact dropped, as statistics suggested, or if rates remained high but a delay in reporting from victims and survivors hid the reality.

But a number of factors, including better data collection, prominent media coverage, public inquiries and changes in stigmatisation of abuse, meant the apparent drop in rates of offending is very likely to reflect the current situation.

Overseas inquiries had, in fact, questioned the ongoing validity of claims of decades-long delays in reporting.

Dr Miller said the Royal Commission seemed to take an inconsistent view about the effectiveness of safeguarding measures – arguing strongly for their use, but not acknowledging that implementation had already been successful.

“Of course, the Royal Commission made recommendations for safeguarding mechanisms in the belief that they do actually work,” she said.

“So if we believe that they work, common sense would tell us that cases of child sex abuse had been decreasing because of the emphasis on safeguarding.”

In a Catholic context, such measures were first introduced in Australia in the late 1980s and strengthened in the 1990s. Those policies and procedures are likely better reasons for the drop in reported cases of abuse in Church settings than a delay in reporting, Dr Miller said.

By failing to acknowledge the progress the Church has made, the Royal Commission left the public with the impression of ongoing high rates of abuse and a Church as the most egregious offender, she continued.

“Largely due to media reporting, there’s a false impression in the minds of the public that particularly clerics, but also Church workers, are more likely to abuse children than those in the general public or in other institutions,” Dr Miller said.

“This is just plainly false. And this impression needs to be corrected, in my view.”

Dr Miller says there were legitimate reasons to condemn the way some Catholic leaders had responded to child sexual abuse. She believes, though, the Church could have been more strident in publicising its record of progress and raising concerns over the Commission’s approach.

“However, that doesn’t mean that the Church should completely divest itself and [not] have a concern for its reputation.”

Dr Miller said her book has been well received generally, but has prompted some strong reaction and opposition, even within academic circles.

She says she simply followed the evidence presented to the various inquiries, but concedes “it is very easy to get work published that’s condemning of the Church”, but harder to get a book on the difficult topic published in Australia.

Australians can download Child Sexual Abuse Inquiries and the Catholic Church: Reassessing the Evidence for free from Firenze University Press or purchase it from Italian bookseller IBS.

Click here to listen to Dr Miller’s interview with the Media Blog podcast.