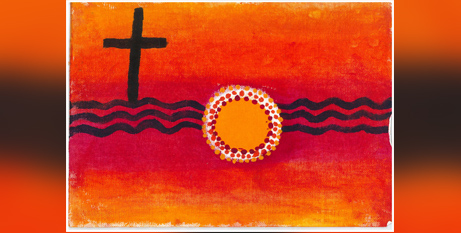 The core recommendations of the Uluru Statement from the Heart must be implemented if Closing the Gap targets are to be met, according to a key group representing Aboriginal and Torres Strait Islander Catholics.

The National Aboriginal and Torres Strait Islander Catholic Council (NATSICC) last week published its response to the 2021 Closing the Gap statement and new national agreement. The Council welcomes many of the commitments made in the statement and agreement, but calls for greater action in some areas.

The response says adopting key recommendations from the 2017 Statement from the Heart, including truth-telling, a Voice to Parliament and constitutional reform, “are imperative to ensuring that the partnerships outlined in the new agreement are genuine and result in effective outcomes”.

Truth-telling is described as “non-negotiable”.

NATSICC councillor Sherry Balcombe said of truth-telling: “It does not need to be painful. It might be shocking and might evoke shame, but that is part of the healing and moving forward to find solutions together.”

The new national Closing the Gap agreement acknowledges that Aboriginal and Torres Strait Islander people “must determine, drive and own the desired outcomes, alongside all governments”.

NATSICC said that commitment leaves its members “cautiously optimistic that our voices will now not only be heard, but listened to and acted upon”.

“As a society, we do not have time for the current pace of progress to continue and we hope that through the empowerment of First Nations organisations and individuals, we may begin to see parity on all the targets in our lifetime,” NATSICC chair John Lochowiak said.

Deeper partnerships between governments and Aboriginal and Torres Strait Islander organisations should be accompanied by longer-term funding arrangements, which allow for better planning and programs with longer lifespans, he said.

NATSICC called for greater attention to be given to raising the criminal age of responsibility from 10 to 14 and also recommended the recently announced Stolen Generations redress scheme be extended beyond current parameters or replicated in states.

The Council also noted the need for a change in language around Aboriginal and Torres Strait Islander people and communities, in addition to better education about First Nations realities.

“None of the targets in the Closing the Gap Agreement are possible unless the relationship between Aboriginal and Torres Strait Islander peoples and non-indigenous Australia is reframed,” the report said.

Bishop Columba Macbeth-Green OSPPE, the chair of the Bishops Commission for Relations with Aboriginal and Torres Strait Islander Peoples, said he and his brother bishops lean on the guidance of NATSICC in responding to key issues that affect First Nations people.

“The approach being promoted that sees Aboriginal and Torres Strait Islander peoples shaping their own future is one the Catholic Church has learned is easily the best way forward,” he said.

“We will reflect on NATSICC’s considered response to the Closing the Gap report and see how the bishops and the Church can continue to walk alongside our First Nation brothers and sisters and see their voices heard and their hopes realised.”