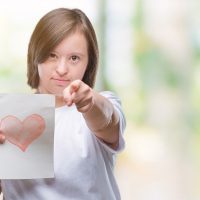 Federal Budget week was another significant one for the National Disability Insurance Scheme. It was a central feature in the speeches of both the Treasurer and the Opposition Leader.

Public debate centred on $1.6 billion of allocated (but unspent) funding going back into the Government’s projected $7.1 billion surplus. The Budget also allocated over $527 million for a Royal Commission into the mistreatment of people with a disability. But the question that remains with many of us is: Why was more not invested to improve choice and dignity for those in and around the scheme?

The NDIS is one of the major Australian social reforms of the last two decades. It is arguably the most advanced of market-based consumer social service delivery models in this nation. In Australia and overseas, such models are expanding with the aim to give participants more choice and control over the services they receive.

There have been concerns about the NDIS, particularly the speed of its rollout, barriers to access and pricing within the scheme. Beyond this, there have been wider debates about the suitability of market-based schemes for use with complex human and social conditions.

For the purposes of this short piece, I will set aside these broader issues. If there is one thing the last few weeks have shown us, it is that neither of the major parties intend to roll back market models any time soon.

Instead, I want to focus on issues of human dignity, individual agency and informed choice.
In Australia, the framework for disability service delivery is a highly complex mixture of public and private systems, with funding shared between the Commonwealth, state and territory governments.

What we hear from the national network of Catholic social service providers is that participants (and their carers) encountering the system and the NDIS for the first time find it complex and confusing. One of the chief concerns that they have raised is that many are not well placed to exercise genuine informed choice due to a lack of awareness of options.

Anecdotally, and from what we are hearing from our members, it seems that people with more resources and social networks use them to find someone to help them navigate this maze. But what about vulnerable groups who are disengaged from government systems, who can’t secure internet access, who have poor health literacy and experience mental or other health issues?

As one of our Catholic Social Service Australia member CEOs observed to me recently:
“If our skilled professionals and experienced carers struggle to get information and navigate the system, how do we expect our people with severe and complex needs to be able to?”

There are also compounding factors for those from socially disadvantaged or culturally diverse groups. People need resources that are not just translated, but are culturally appropriate and effective. There is also the need for information to be catered to the demands of different ageing, mental health, disability or comorbid conditions. This is what the Productivity Commission’s 2017 Inquiry described as understanding service user populations through better population analysis.

In other words, you can’t provide information and consumer education if you don’t know how different people access (or don’t access) information and what avenues (or who) most influence their decision-making.

Information from interviews that we have conducted across the Catholic network of social service providers indicates that they are trying to fill these gaps. Providers also report that their service workers and managers are trying to provide unpaid education, coordination and case management support for people whose condition is too advanced for general practice responses, but not chronic enough for hospital.

In the past, providers could have offered this support through block-funded programs. Now they report that market models (including the NDIS) do not adequately cater for this work.

Catholic providers in health and social services wear this cost over the long term because it is part of their commitment to the community. It is part of the Church’s wider mission to support human dignity, individual agency and the common good.

It is also an issue where all sides of politics should agree.

All Australians with a disability (and their carers) need the right information in the right form at the right time to access the right services. Many, particularly those on the margins, are not getting this. The progressive side of politics would agree that we need to improve services for the vulnerable.

Meanwhile, economics tells us that adequate and accessible information is fundamental to market competition, innovation and function. Without this, our national framework for disability services is inevitably compromised. Those who believe in the power of the market would agree that information is vital.

More support for consumer information and education should not be a matter of political ideology as both sides converge around the same conclusion.

As both major parties ramp up their election pitches over the coming weeks, there is the opportunity to revisit how $1.6 billion of unspent NDIS funds could be reallocated.

It should be directed to measures that will improve informed choice, market function and partnership with the sector, as well as contribute to greater individual equity and dignity for Australians living with a disability, their families and carers.