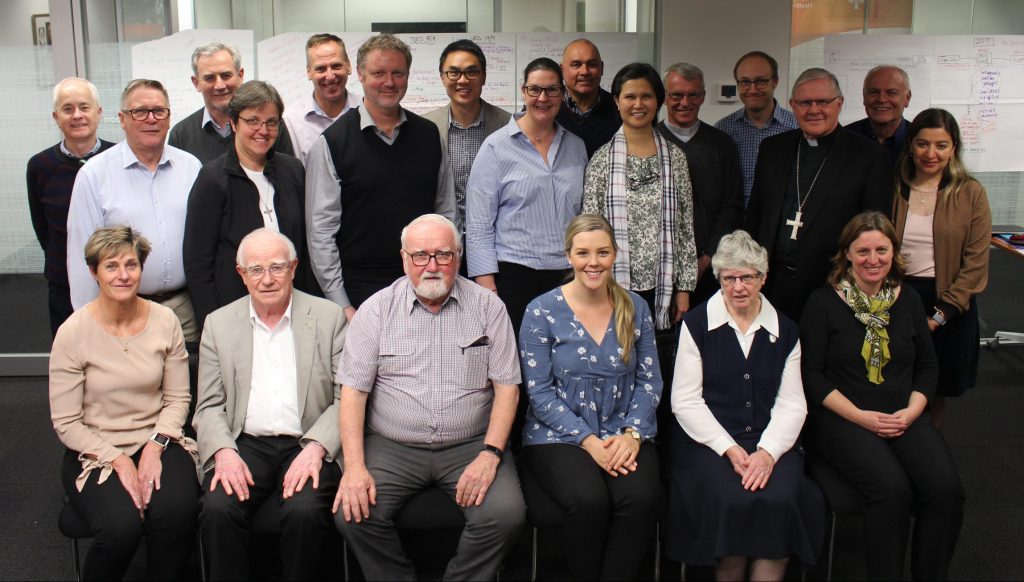 Archbishop Timothy Costelloe SDB says the executive committee that has helped guide the Plenary Council journey to this point has set the Council up to be a source of renewal for the Church.

Writing to the members of the executive committee earlier this week in his capacity as Plenary Council president, Archbishop Costelloe thanked the group for their time, their energy and their belief in the Council process.

“Your wisdom and enthusiasm have been pivotal in facilitating the engagement of the whole Catholic community in this journey,” he wrote in the letter.

The executive committee first met in 2017, having been selected following a national process to invite people with a variety of gifts and backgrounds to work together. The group met in person for the final time in February this year, and its work formally concluded this week.

“In February 2018, as we were charting a course forward, it was this group of individuals that helped us discern the question that continues to guide the Council: What do you think God is asking of us in Australia at this time?,” Archbishop Costelloe recalled.

“As I’ve said elsewhere, the evolution of that question was not straightforward and it was the result of the human insights in that room and, without doubt, some divine inspiration.

“Having had a group of such faithful and Spirit-led people on the executive committee allowed that divine inspiration to blossom into a question that shapes the Council, but can also shape our Church and our society.”

Archbishop Costelloe said many of the members of the executive committee will have ongoing involvement with the Plenary Council in roles like theological advisers and discernment group facilitators.

“When you consider how significant the contribution has been so far, it only makes sense that we lean on their talents into the future,” he said.

Peter Gates, from the Plenary Council Facilitation Team, said the executive committee, along with the Bishops Commission for the Plenary Council, has offered guidance and wisdom that has allowed the Church across Australia to walk the journey towards the Council assemblies.

“So many individuals have made a personal contribution to the process of Listening and Dialogue and now Listening and Discernment, but the work of the executive committee cannot be overestimated,” he said.

“We sincerely thank those talented women and men for their role in this historic process,” Archbishop Costelloe said.