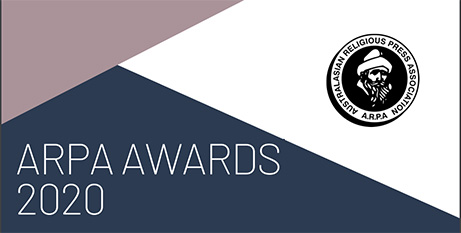 The Archdioceses of Adelaide and Perth and the Diocese of Maitland-Newcastle were among Catholic winners of major prizes in the 2020 Australasian Religious Press Association awards.

Perth’s eRecord picked up two of the most prestigious online awards, winning gold medals in the best website and best e-newsletter categories.

The judges said the website has “plenty of engaging content which is targeted to its audience”, while the e-newsletter was praised for presenting “very effectively and in a timely manner the events and people of the archdiocese and the wider issues of the Church”.

The Southern Cross, published by Adelaide Archdiocese, was a standout in two of the key newspaper categories, winning best cover for its April 2019 edition and the best design award.

The judge in the best design category said The Southern Cross “stands out as a church newspaper today”, giving particular credit to the way the publication uses colour, imagery and typography.

A film review in The Southern Cross also won a category on reviews that was dominated by Catholic publications.

The Diocese of Maitland-Newcastle, whose Aurora magazine is distributed as an insert in local secular newspapers, won the award for best regional publication and Bishop Bill Wright won the best editorial or opinion piece category for an article on abortion.

The latter came during a heated debate over proposed changes to New South Wales legislation, with the judge saying Bishop Wright’s piece “tackles a topic many in the media shy away from these days”, but presents arguments that are “simple and cogent – providing evidence, without condemning others”.

Jesuit Communications, thanks to a winning headline in Eureka Street and a column in Madonna magazine from Michael McGirr, also picked up gold medals in the awards.

The awards are typically presented during the Australasian Religious Press Association’s annual conference. The awards proceeded for 2020 despite the conference in Perth having been cancelled due to the COVID-19 pandemic.