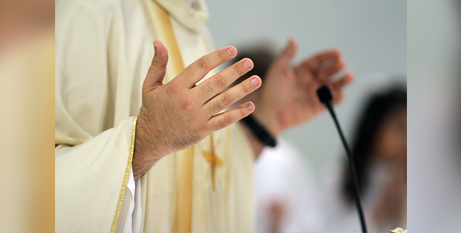 Worshippers will from late November notice a slight change to the words the priest prays just before the Liturgy of the Word, with the amendment supporting a more faithful understanding of the Trinity.

The Congregation for Divine Worship and the Discipline of the Sacraments earlier this year wrote to episcopal conferences that use the English translation of the Roman Missal (2010) regarding a change to the conclusion to the collects – or opening prayers – used in the Mass.

A typical conclusion to the collect read as follows: “Through our Lord Jesus Christ, your Son,
who lives and reigns with you in the unity of the Holy Spirit, one God, for ever and ever.”

The letter indicated that the inclusion of the word “one” before God is problematic in relation to the Latin text “Deus, per omnia saecula saeculorum”.

It explained that the inclusion of the word “one” before God “can serve to undermine the statement of the Son’s unique identity within the Trinity which the Latin formulas so strongly convey and, on the other hand, it can also be interpreted as saying that Jesus Christ is ‘one God’”.

The letter, signed by the Congregation’s prefect Cardinal Robert Sarah, said “either or both of these interpretations is injurious to the faith of the Church”.

“It is clear from the Latin texts that the doxology emphasises the divinity of Our Lord, Jesus Christ, the Incarnate Son, who intercedes on our behalf, as the Second Person of the Blessed Trinity, to the Father and which prayer is made in the unity of the Holy Spirit,” the cardinal wrote.

“Thus the Son’s role of priestly mediation is made clear. To transfer the Trinitarian relational element in unitate as meaning unus Deus is incorrect.”

The final words of the collects will be changed to read “God, for ever and ever”. The people, as they currently do, will give their assent to the prayer by saying “Amen”.

The Australian Catholic Bishops Conference has agreed to implement the change to the prayers from the First Sunday of Advent this year – November 29.

Click here to read more from the Bishops Commission for Liturgy.