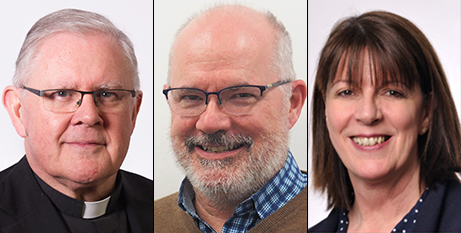 A capital injection from Catholic dioceses and religious orders has strengthened Catholic Church Insurance’s and the Church’s ability to make financial reparations for abuse carried out by priests, religious and lay people.

Catholic Church Insurance (CCI), which has been supporting Catholic parishes, schools, community services and other ministries for more than 100 years, last year reported that recent and projected compensation claims for historical abuse had necessitated an increase in the company’s capital levels.

Since the 1990s, that collaboration has included finding ways to provide financial compensation to victims and survivors of child sexual abuse.

“The recent work we have undertaken together means we can assure the Catholic community and wider public that survivors of historical abuse will be treated justly, with no impact on compensation arrangements,” Archbishop Coleridge said.

Br Peter Carroll FMS, the president of Catholic Religious Australia, which represents leaders of religious institutes and societies of apostolic life, said the cash injection was the correct and necessary step.

“Our Church has a commitment to protecting those who are vulnerable, and part of our history is that some of our members greatly harmed vulnerable people,” Br Peter said.

“Responding compassionately to reports of abuse, through compensation, pastoral care and other support, is a way to make reparations. This cash injection solidifies one part of that response.”

Archbishop Coleridge added: “The mission of the Church can only be carried out if we show, in concrete ways, that we are deeply sorry for the abuse that has occurred and that we want to bring some healing, where that is possible.”

CCI chair Joan Fitzpatrick said: “We share the commitment of the bishops and leaders of religious institutes in finding and pursuing just responses to abuse claims that come forward.

“Victims and survivors of abuse need support, in some cases financial support, and I’m thankful we have been able to work with the bishops and leaders to secure the future of those payments.”

The company’s core business as an insurer, asset manager and risk manager for policyholders will continue for the settlement of professional standards claims.