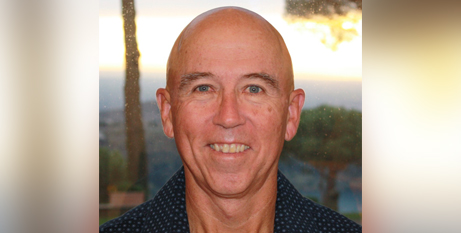 Pope Francis has this evening announced that Society of the Divine Word priest Fr Tim Norton will become an auxiliary bishop in the Archdiocese of Brisbane.

Fr Norton, who is currently in ministry in Italy, will early next year join Auxiliary Bishop Ken Howell in supporting Archbishop Mark Coleridge in serving the Catholics of Brisbane Archdiocese.

Born and raised in Sydney, Fr Norton made his first profession in 1986 and was ordained to the priesthood in 1991. He describes several years of religious formation and priestly ministry in Mexico as “very formative for him”.

Since June 2020, Fr Norton has been working full-time with consecrated women and men promoting interculturality, something his order – commonly known as the Divine Word Missionaries or SVDs – are renowned for, including in Australia.

Fr Norton said ministry to multicultural communities is an important way his order is already involved in Brisbane Archdiocese. While head of the Australian province, he worked with Archbishop Coleridge to establish a Divine Word Missionary presence in two parishes.

“The SVD are active in the parishes of Inala and Kingston-Marsden, both very multicultural, and therefore places where the SVD confreres do their best work,” he said.

Fr Norton also worked with the local St Vincent de Paul Society in arranging for one of the order’s properties in Brisbane to serve as a shelter for people fleeing abusive relationships.

In almost 40 years of ministry, Fr Norton has also held key roles in Divine Word Missionary seminaries and has spent most of the past eight years in Rome running renewal programs for priests and brothers.

He served as vice-president of Catholic Religious Australia from 2008 to 2010, in which capacity he attended meetings of the Australian Catholic Bishops Conference as an observer.

He said he has spent the brief time since learning of his appointment trying to process the move.

“It is indeed difficult to imagine myself as anything other than an SVD,” he said. “So, for the last two weeks, I have been trying to think of myself as a member of the ACBC and the Archdiocese of Brisbane, who, as an SVD, will bring a focus on culture and mission that may be helpful.”

He said he would bring to his ministry in Brisbane “an intense interest in culture, and the mission of God in the world, whatever shape or form that may take”.

Fr Norton spent time before and after ordination living and working with people in Sydney who live on the streets, struggling with mental illness and addiction. He trained as a physiotherapist before entering religious life, and he continues to see that as part of his ministry.

Archbishop Coleridge said Fr Norton’s appointment was “in some ways surprising”, but said he “brings to the ministry of bishop many gifts and experiences required now more than ever as the whole Church seeks to become more missionary”.

“He will make a real contribution not only locally in Brisbane and Queensland but also nationally and internationally,” Archbishop Coleridge said.

The date for Fr Norton’s ordination to the episcopate is not yet known, but it will be in 2022.