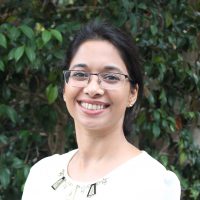 Dr Dantis, who has conducted research on behalf of the Catholic Church in Australia and India, will lead the Pastoral Research Office from its new Canberra office.

“Catholics are the largest religious group in Australia, with more than 5.2 million people having identified as Catholic in the 2016 Census,” Dr Dantis said.

“It is important that we, as a Church, understand the demography of the Catholic population and their religious practices and beliefs, particularly in this time of rapid change in Australian society.

“Accurate and up-to-date research can enhance the Church’s pastoral practice in parishes, Catholic schools, hospitals and aged care facilities, in social service agencies and the many other ways in which the Church lives out the Gospel.”

While working for the Pastoral Research Office from 2010 to 2015, Dr Dantis was the coordinator and lead researcher of the Building Stronger Parishes project. During that period, she also completed her PhD on the vitality of Catholic parishes. She will use the knowledge gained from that rich experience to help shape her work on behalf of the Australian Church.

Archbishop Julian Porteous of Hobart, who oversees the work of the Pastoral Research Office on behalf of the Australian Catholic bishops, said Dr Dantis knows the opportunities and challenges facing the Church.

“Trudy has examined closely the life of the Church through its parishes, which alongside homes are the epicentre of the Catholic faith in this country,” Archbishop Porteous said.

“Trudy can help us to understand how the Church can and must engage to deliver that vitality and richness of experience that allows people to – as the Mass exhorts – ‘Go, and announce the Gospel of the Lord’.”

The Pastoral Research Office was established in 1996. Until now, it has been located in Melbourne. Its work includes the participation of the Catholic Church in the National Church Life Survey, the National Catholic Census Project and the National Count of Attendance.

The office also conducts other research on behalf of Church agencies. It carried out the research that led to the publication of last year’s document Our Work Matters, which determined the size and characteristics of the 220,000-strong workforce that serves Catholic Church organisations across Australia.

Dr Dantis is the author of two books, including A Handbook for Building Stronger Parishes, which drew upon her doctoral research.

She is the second director of the Pastoral Research Office. Bob Dixon served as the founding director and retired last year after 21 years in the role.